Live animal export protesters at the port of Ramsgate have caused lorries to come to a complete standstill.

Around 80 KAALE members voiced their concerns as a shipment was due to take place.

Three animal export lorries which contained over 1200 sheep arrived at the port of Ramsgate at around 1:30pm, Monday, October 10, 2016. 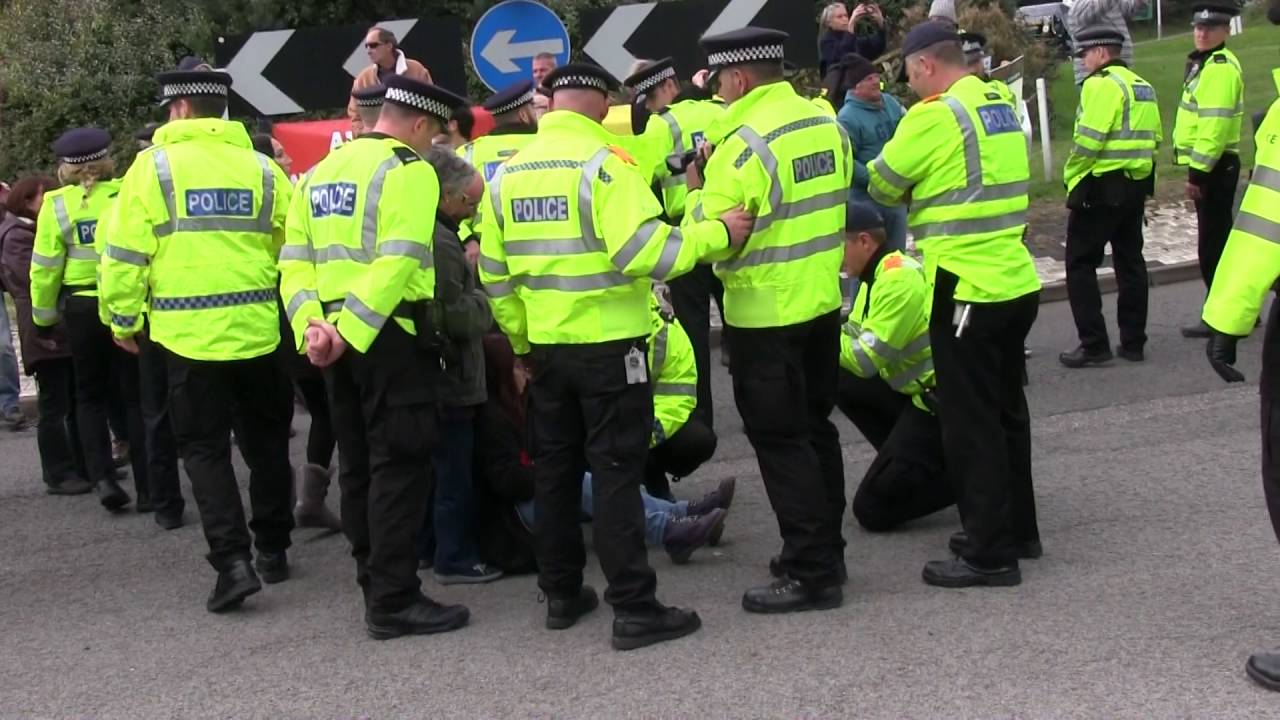 The lorries were due to be loaded onto ships with live sheep being sent out for slaughter in Europe.

Anti live export campaigners caused the vehicles to a halt for around ten minutes as  some protesters were seen sitting on the road and stopping the lorries from moving any further.

Former Thanet councillor, Ian Driver, co-founder of the campaign against live exports, said: “This appalling and cruel trade, which most people oppose, is only permitted because of inflexible EU free-trade rules.

“As Brexit gets closer the chance of stopping this medieval business once and for all is becoming greater”.

Yvonne, KAALE member, said:  “The police were heavy in numbers again but I still feel that they just don’t know how to handle this situation.

“They have grannies and granddads telling them they should be ashamed.

“A lot of females sitting in the road in front of 40 ton trucks and they seem to loose the plot usually ending up being violent towards us.

The first Vehicle, Onderwater’s, pushed his way through but the second was stopped briefly so video’s could be taken and stills.

“The Irish truck was next and that is when things went seriously down hill.

“The driver thought it was all hilarious and he laughed, stood up in his cab, made rude signs all the time laughing and incited the crowd to go absolutely mad.

“They obliged and he was stopped for about five minutes, all the time enjoying himself.

“The police became very heavy handed throwing people about and ended up arresting one female protester quite violently, even handcuffing her.

“I pointed out that this had all been caused by the police allowing this driver to incite the crowd and he enjoyed himself at the expense of the police.

“I spoke to one female officer who looked very distressed and said ‘you look as though you don’t want to be here’ she replied ‘this is awful”.

Kent Police had 50 officers at the demonstration

A spokesman for Kent Police said: “Police resources for this type of operation are continually assessed, based on information available to us prior to an event.

NEXT SHIPMENT. DUE ON MONDAY 17TH, LORRIES EXPECTED AT 6.00pm.