Check Out The Video Playlist As I work On The Article.

Over the last few years the world has changed a lot, an awful lot, we have seen trends appear as if out of nowhere to shape the minds, fashions, diets and opinions of most of the world population. This is playing a key role in how we live today, our new favourite things are here, we’ve got to have that new drink, we got to visit that new coffee shop, buy that new TV or be seen in that new bar. Why do we live in a world what changes so much it is hard to keep up with what our thoughts are meant to be from one day to the next. Is it by design? Why do a lot of us feel like we live in a warped reality unrecognisable from any other period of time over history with common factors being the rich get richer, the poor get poorer and the perceptions get faker, as do public personalities. This brings me to the point of the article, my top ten things in an alternate reality, things I like, things I thought I liked and how it seems to be changing everytime I turn around. Pepsi has always been my best soft drink, I prefer Pepsi over Coca-Cola as I find Coke to taste like dishwater, not a very nice taste. Pepsi tastes nicer mixed with alcoholic beverages hence the reason why drinks taste nicer out of a Weatherspoons bar as they always use Pepsi. I had times in the past when I have drank 4 litres of Pepsi a day but now if I do a little digging I find Pepsi has a unique taste indeed, one that is created by using aborted human fetal tissue in the ingredients which is why it is the first thing I am placing on the list as it is now one of the most horrid things I have ever known in my life, let me explain why. (NaturalNews) The Obama Administration has given its blessing to PepsiCo to continue utilizing the services of a company that produces flavor chemicals for the beverage giant using aborted human fetal tissue.

The issue began in 2011 when the non-profit group Children of God for Life (CGL) first broke the news about Pepsi’s alliance with Senomyx, which led to massive outcry and a worldwide boycott of Pepsi products. At that time, it was revealed that Pepsi had many other options at its disposal to produce flavor chemicals, which is what its competitors do, but had instead chosen to continue using aborted fetal cells — or as Senomyx deceptively puts it, “isolated human taste receptors”

Next up is one of my all time favourite bands The Kings of Leon, I first seen #KOL back when I was 19, they played live in my City of Liverpool at the Carling academy during the week they released their second album, this came at a time when they were still raw and had not sold out to a more widespread audience by targeting girls with their third album, I managed to get to hear the first album Youth & Young Manhood and the second album Aha Shake Heartbreak all in one of the best nights of my life.

So why was I not surprised to see they had been nothing but MK Ultra Illuminati backing dancers all along when I returned to listen to a few songs  after feeling too morbid to listen to music over the last two years.

I found the song above, Around The World, it was new, I thought, get in, a new song, lets see this, it was catchy, the video was full of Kali dances, Hopi Indians, Trannys and Obelisks the usual for an illuminati puppet video production from the satanic music industry.

This stuff is everywhere, but most peoples eyes are not trained to spot it. I went looking around a few more videos and found the same devilish themes hidden in plain sight as usual just like everything else I like, when I look at it twice without my rose tinted glasses I see the extent of the agenda which has established more than a firm grip on our reality in many, many ways.

After punching a mans head in to death in a prison fight watched by thousands, the main character turns to celebrate in his masonic black and white shirt with the masonic number 33 on his back, you can also make out a cross on the right hand side of the image, this is all done purposely.

This one is a very good song in my opinion but again that doesn’t stop it being ram packed with subliminal madness for all to see, but I bet you did not see it, did you?

Let’s look at what the hell on earth I found in this catchy song.

Waste a Moment” is a song by American rock band Kings of Leon. The song was released as a digital download on 9 September 2016 through RCA Records as the lead single from their seventh studio album WALLS (2016). The song was written by Caleb Followill, Nathan Followill, Jared Followill and Matthew Followill.
A music video to accompany the release of “Waste a Moment” was first released onto YouTube on 13 September 2016.
Length 3:03
Lyrics

All the way from Waco to WE-HO with a rabbit on her chain
Drove a little slick car to tend bar with the static on her brain
She’s a little burner, burner, gonna throw you to the flame
Little ticking time bomb, time bomb, gonna blow us all away

Oh, take the time to waste a moment
Oh, never ask to be forgiven

Sexy was her boyfriend, with no kin, always running from the law
Every other weekend, the week ends with his back at her claw
He’s a live wire, wired, shooting sparks in the night
He’s a gun for a hire, hired with a bead in his sights

The video begins with three cheerleaders (fraternity witches) dressed in red outfits with a blue ancient Roman/Greek/Egyptian helmet in the middle of a red and white X (Saturn worship), the picture below shows us a similar helmet with an owl placed on the bottom right, this owl symbolises child sacrifice to the god Moloch, an ancient deity who the elites worship to this day.

Not a good start from the evil Kings of Leon. 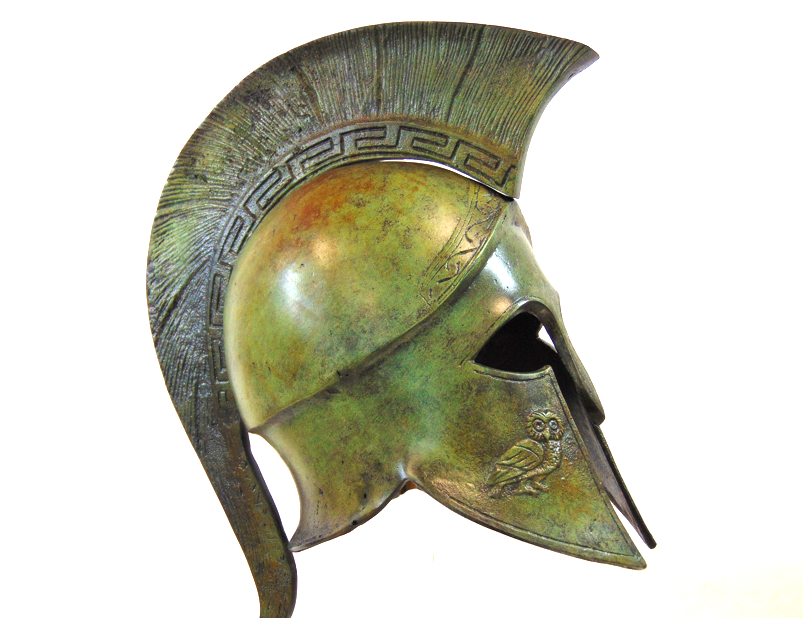