In light of the March 27, 2019 stabbing that killed a man at London Central Mosque I think it is a good time to drag up an old article and video of mine from July 2019. In the weeks after the Grenfell Tower fire I mapped a spate of events in the London area with Regents park common factor in them all. These incidents included attacks at London Bridge, Camden Tower block and later on Camden Market, Finsbury Park which was scene to the Seven Sisters mosque attack. Tonight we have had an alleged stabbing at London central Mosque that was also named on my map of locations of interest in the area given the divide on conquer agenda we have seen play out with false flag attacks and psychological operations over the years. We have had a surge in knife crime related hoaxes that have pushed an agenda. The timing of tonight’s news is once again more than a co-incidence just two weeks after the events in New Zealand.

Grenfell Tower fire was located to the far left of the map, London bridge and borough market attacks took place directly to the right of Grenfell Tower. If we go north we hit Finsbury Park, the location of the seven sisters attack on the Muslim community. Next we come down on an angle back towards Grenfell tower passing through Camden, the scene of the evacuated tower blocks on the Chalcots estate. This route completes a triangle on the map as we look over the city of London. 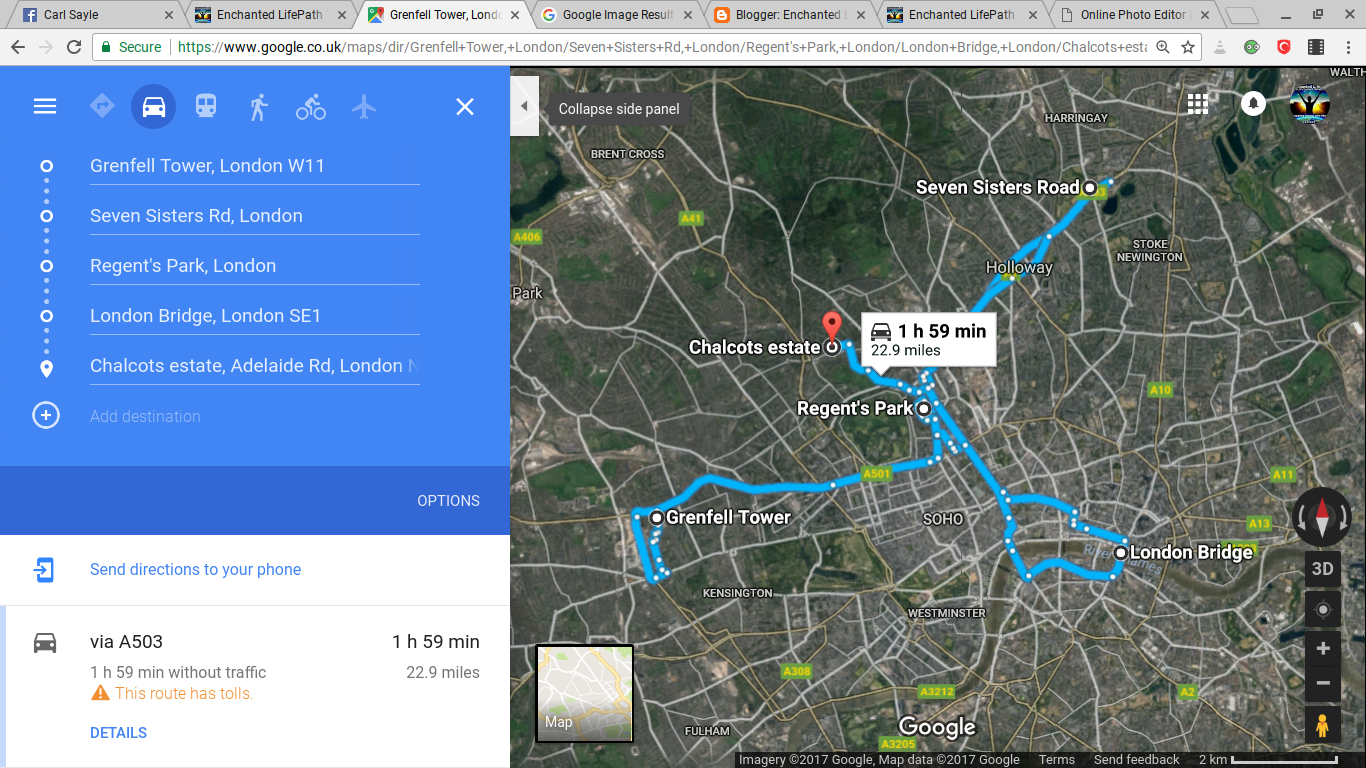 Wipdeedoo, so what, we can draw straight lines from anywhere and make triangles, big deal?

But, and a very big but, is Regents Park park centered in the middle of the triangle and this is where it turns into creepsville with a few unbelievable cryptic corkers which I’ve have discovered. 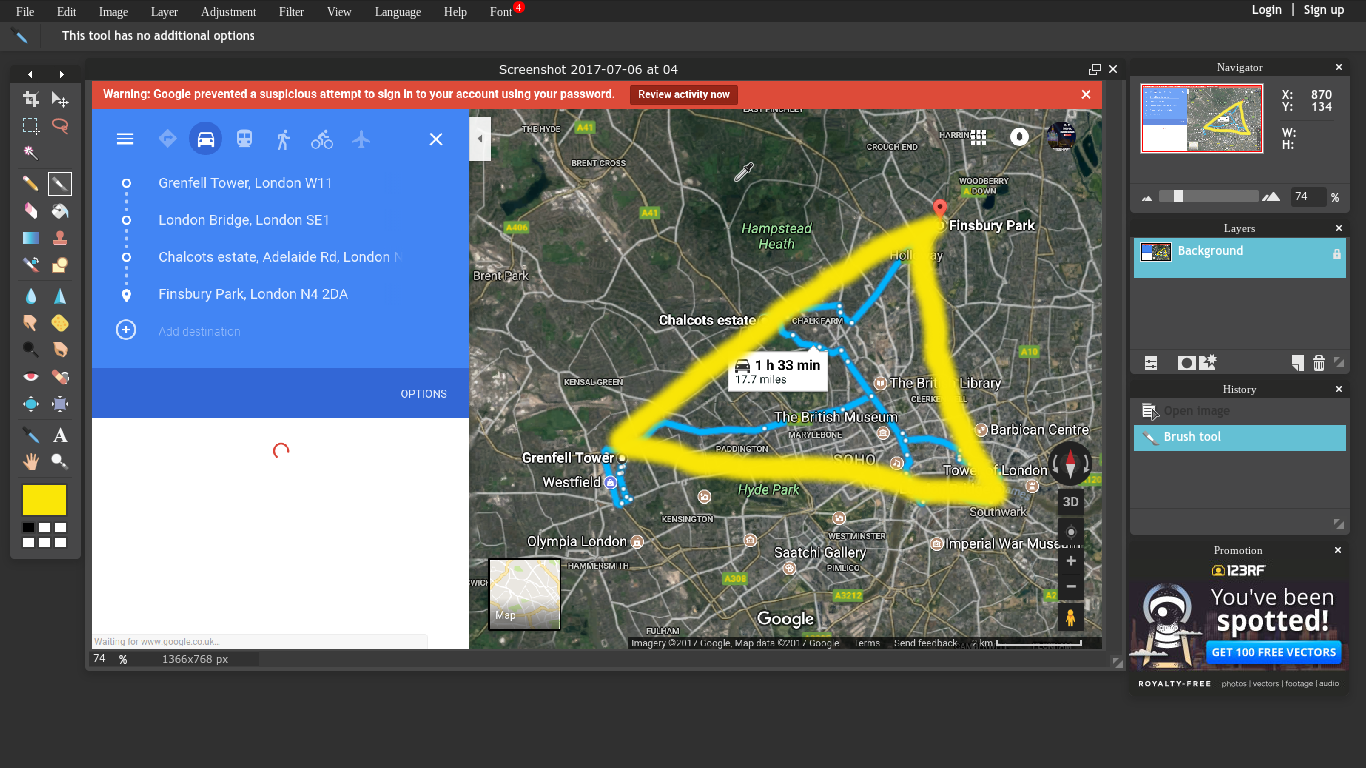 Regents park is located with a ring road around the full circumference of the park, it is called THE OUTER CIRCLE, ha right okay then, we all know what has an outer circle don’t we? Yes? No? Well anyway it is the outer circle on the pentagram. When we look in the park on Google earth or maps we see the park has a star which is mapped out in the paths of the park. This gives us an outer circle and a star inside the circle, hmmmm. 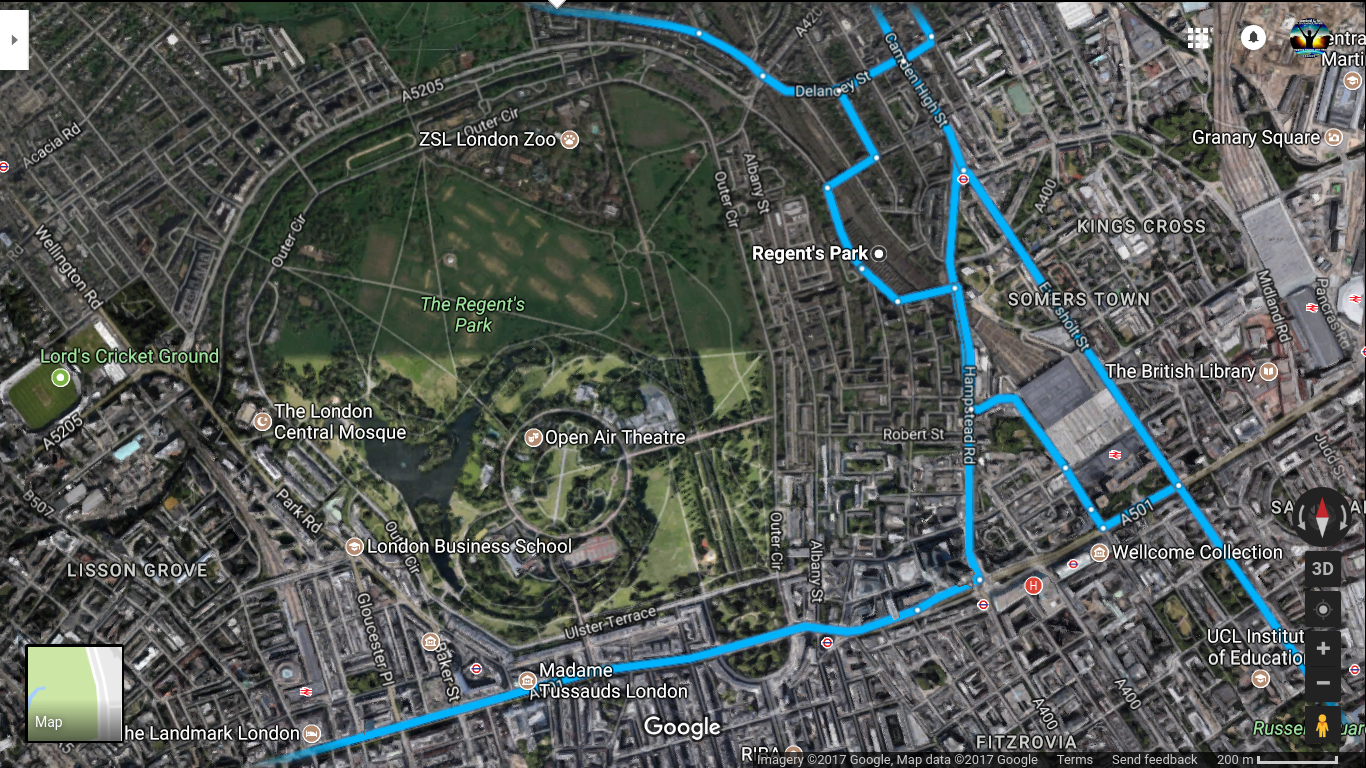 Uh ohhhhh I wasn’t supposed to find this… 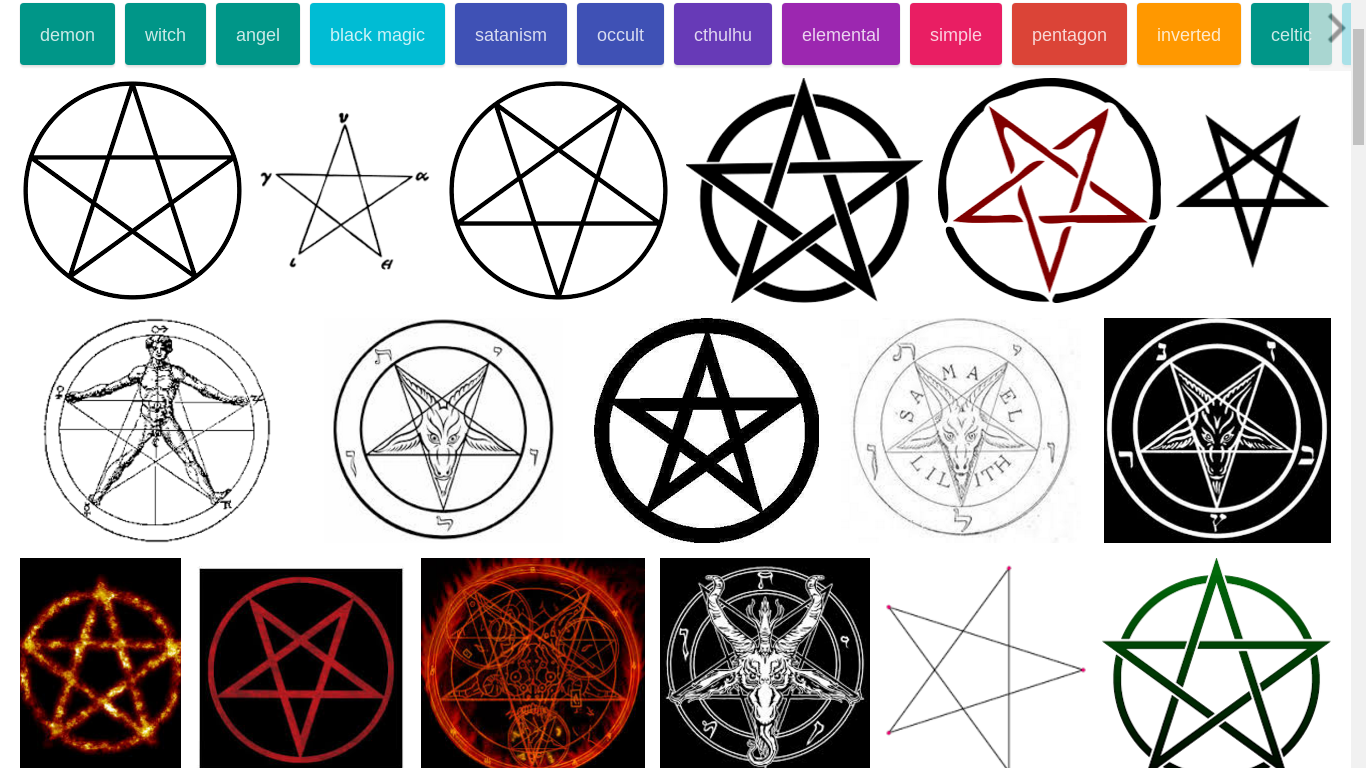 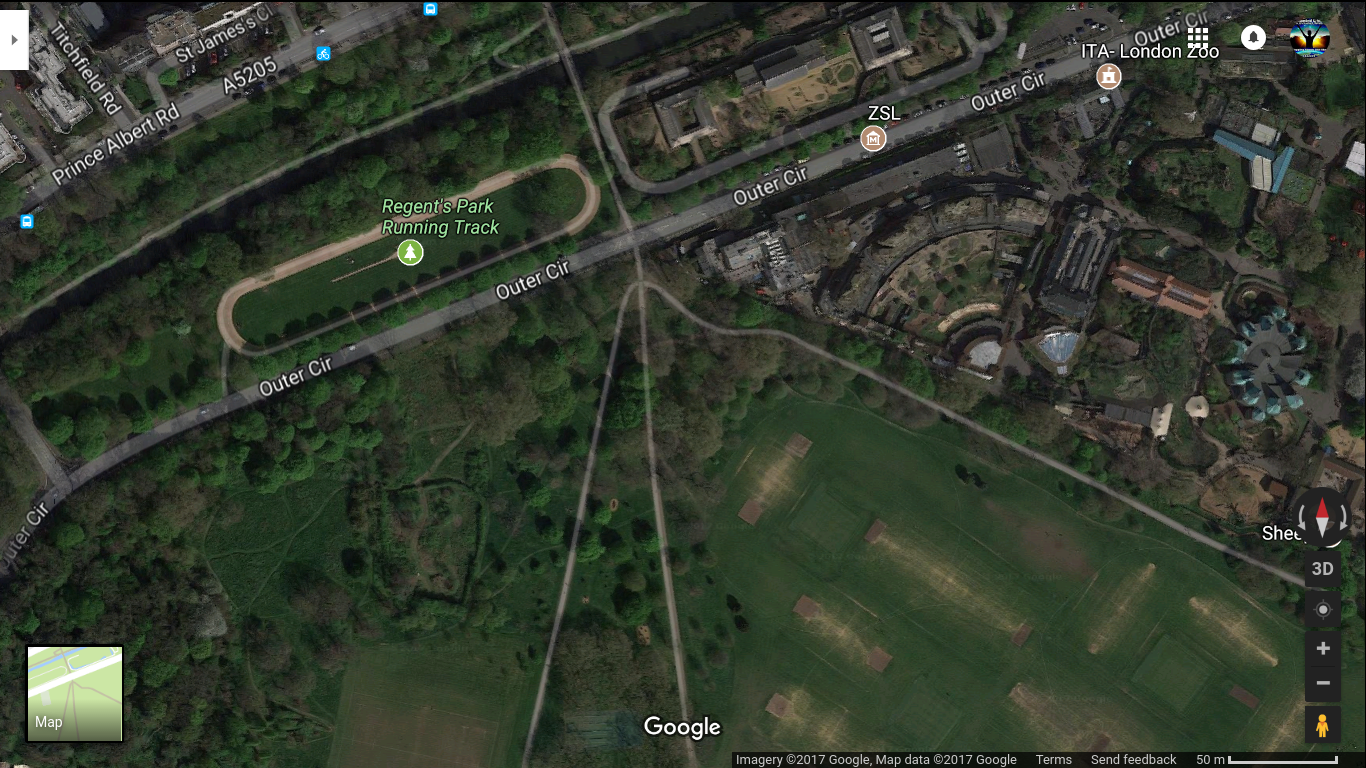 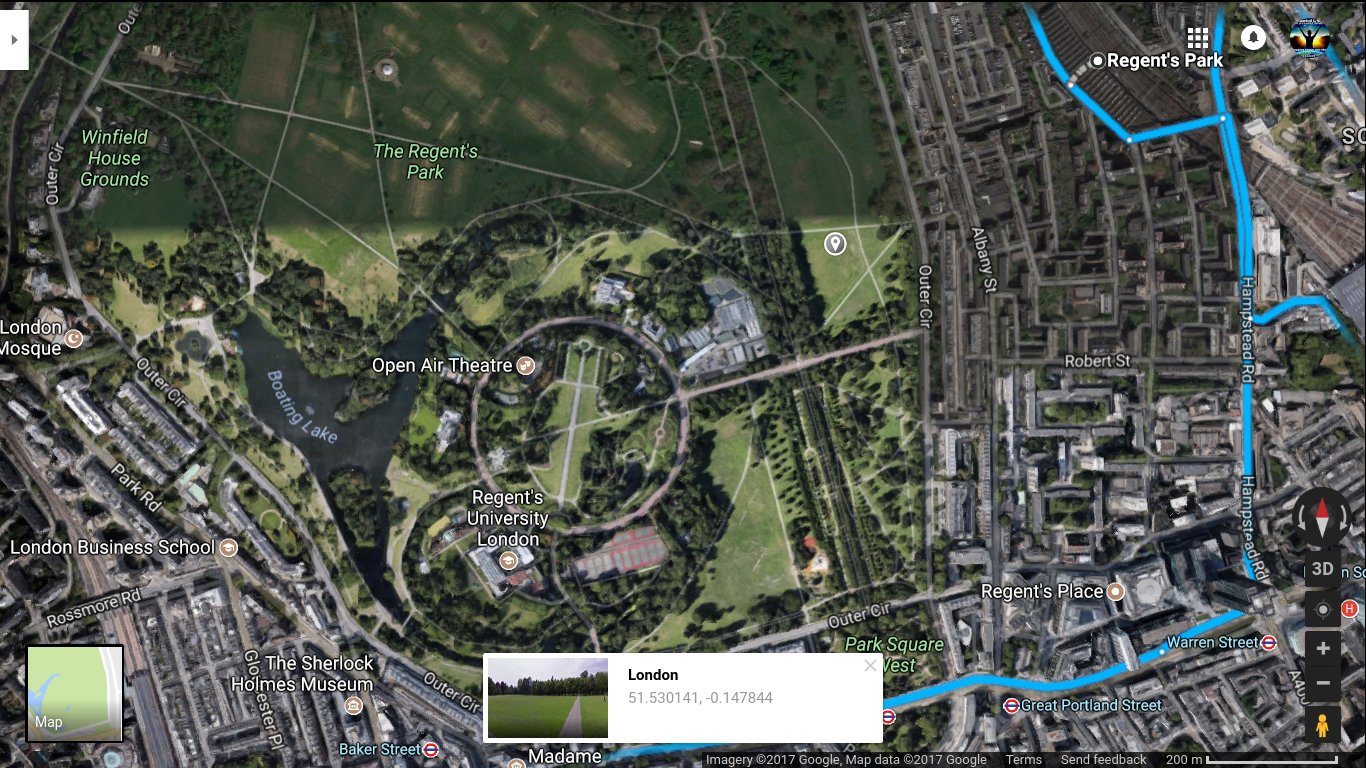 Top right of the image below we see the Freemasonaic A shape like the compass, or what could be an all seeing eye. We also see an area called the inner circle. The inner circle has a pitch fork. 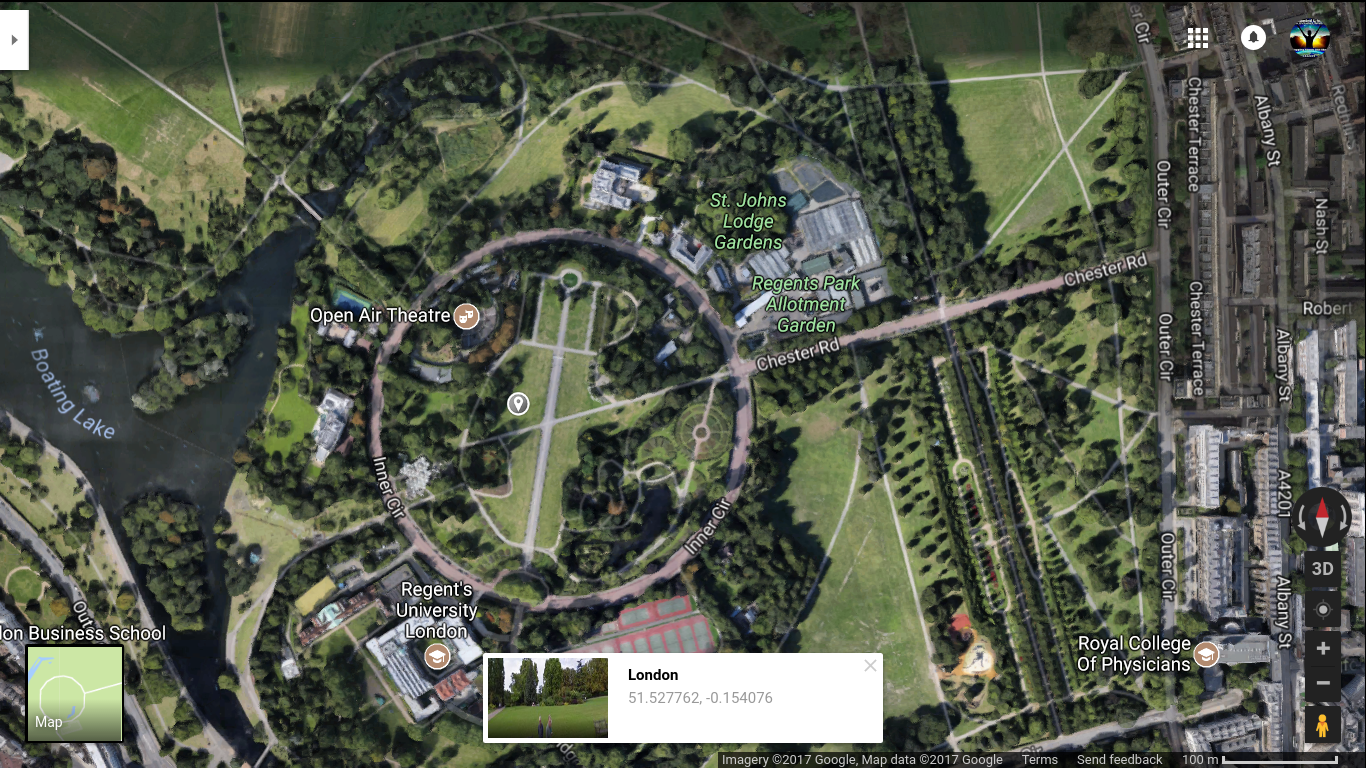 A magic circle is a circle (or sphere, field) of space marked out by practitioners of many branches of ritual magic, which they generally believe will contain energy and form a sacred space, or will provide them a form of magical protection, or both. It may be marked physically, drawn in salt or chalk, for example, or merely visualised.

You can read about magic circles on my Ken Dodd article below.

The triangle within a circle is an ancient occult symbol dating back to the ancient civilisations. Just as other occult symbols and beliefs have been used and modified by the secret societies and satanic groups over the centuries, this symbol has also seen the same transformation over the ages.

A pentagram (sometimes known as a pentalpha or pentangle or a star pentagon) is the shape of a five-pointed star drawn with five straight strokes.
Pentagrams were used symbolically in ancient Greece and Babylonia, and are used today as a symbol of faith by many Wiccans, akin to the use of the cross by Christians and the Star of David by Jews. The pentagram has magical associations, and many people who practice Neopagan faiths wear jewelry incorporating the symbol. 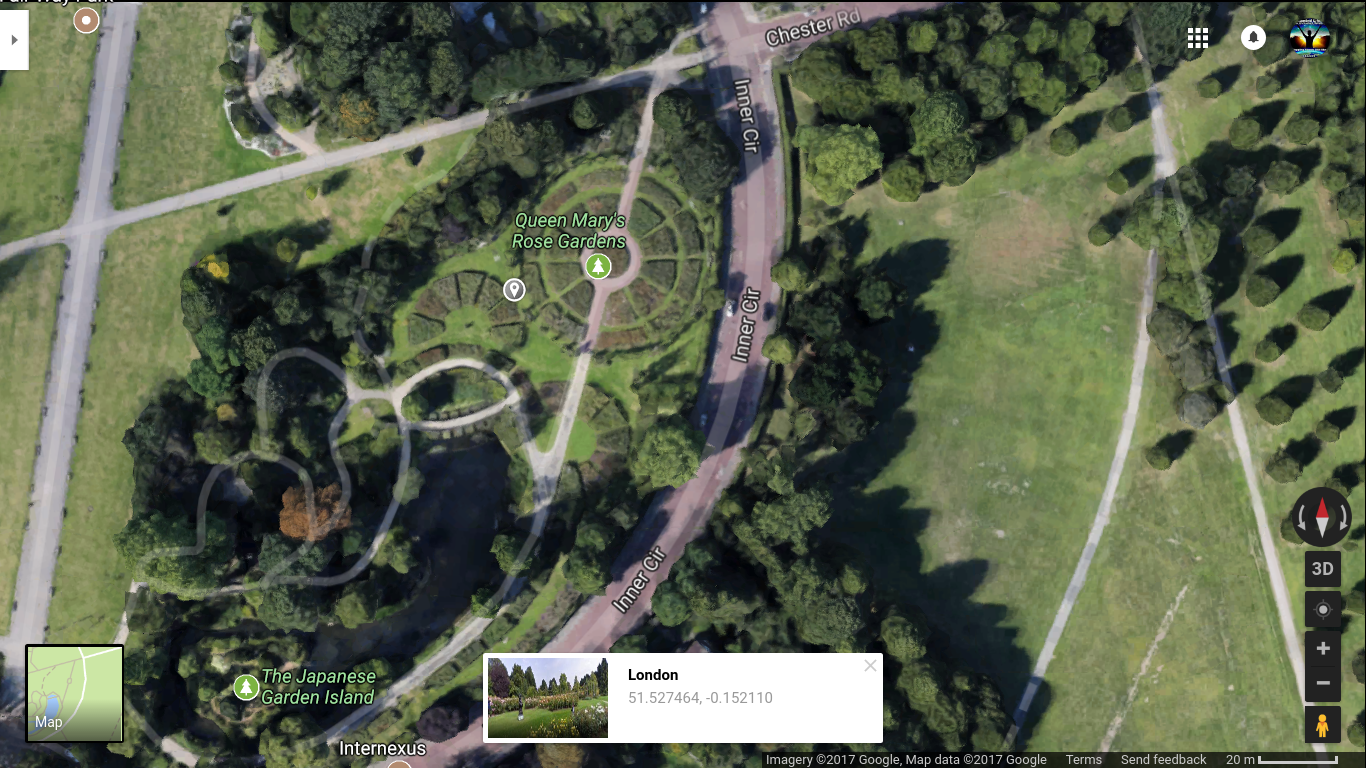 The London central Mosque is located close to the outer circle. 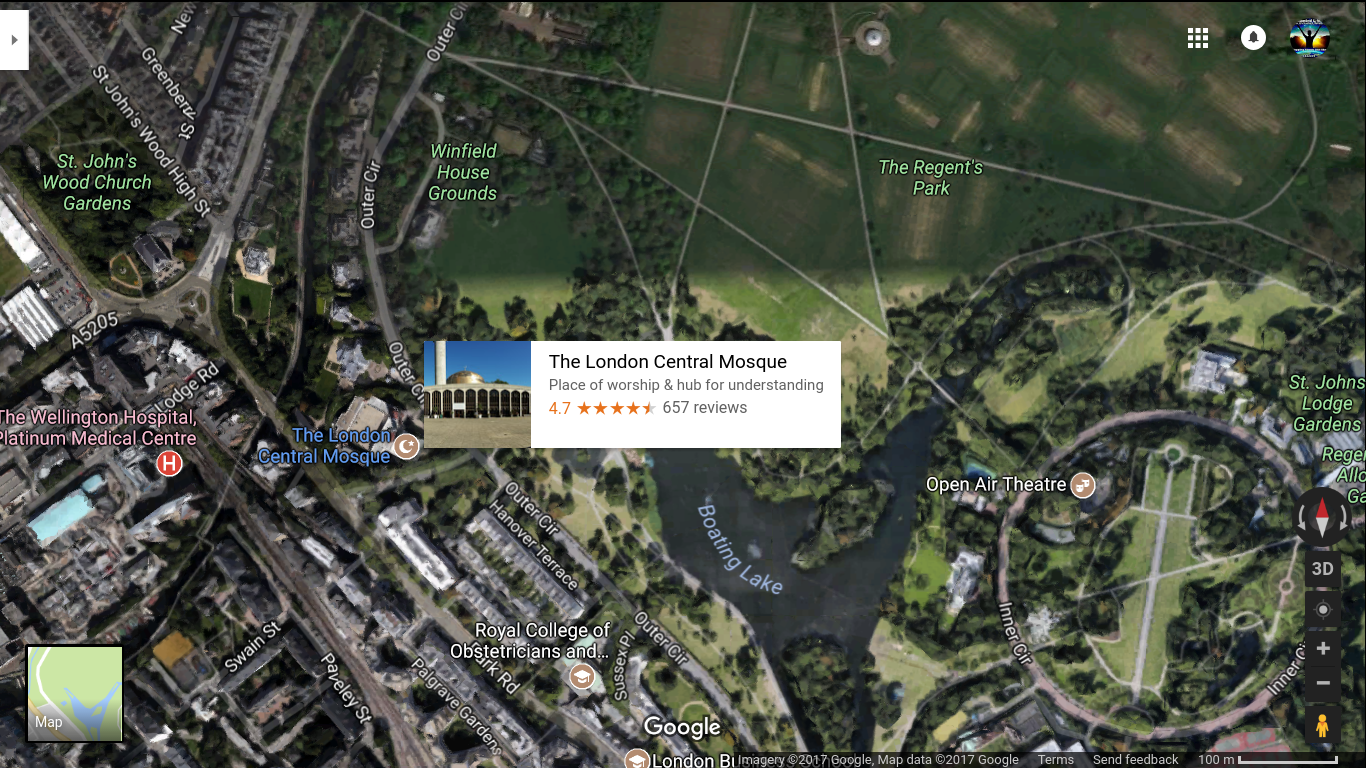 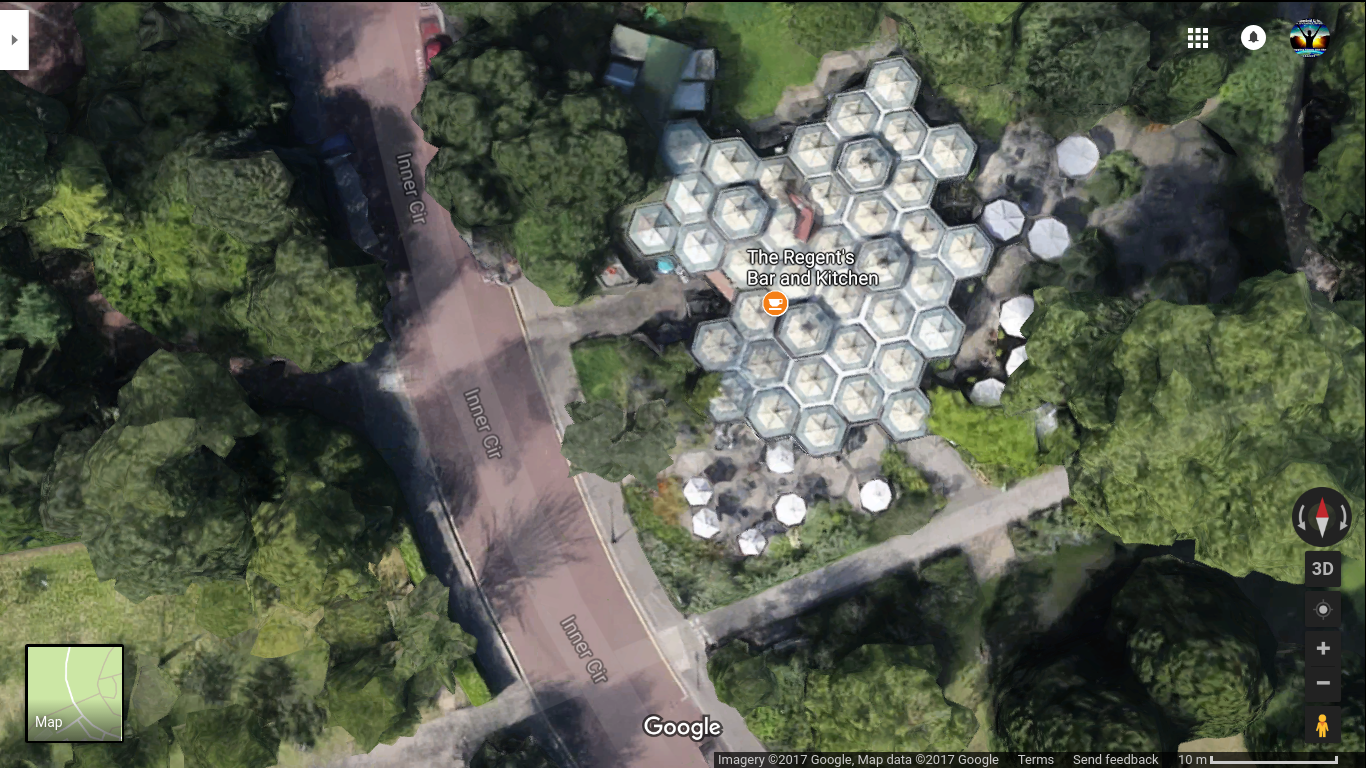