This started off by me hearing a psychic reading from Donna Seraphina on YouTube.

I then went to do some map work and made some connections that appeared to show what she was saying may have highlighted more areas of interest that she or I may have imagined would arise. This turned into my video Carousel and a follow-up of some of the locations screen recorded from Google Earth.

Donna then commented on my video saying it was interesting. My reply to her explains what I found since I published my original two videos. This video is about my new set of findings that could be a huge talking point for people researching the occult connections to the Summer Wells case.

Hi Donna, I have done a fully interactive map. It has taken me 3 days. I have much more to show you. I hope you get to see it all I will be going live with it very soon, I am tying up a few loose ends. The ritual is MASSIVE….

She is called Summer Moon Utah Wells because the Sun (Summer) and Moon Rise in the East (Tennessee) and Set in the West (Utah).

I have found a line right from the foot of the Bermuda Triangle that runs all the way up to Serpent Mound directly through Summers house.

Then to consolidate the connections, that line runs along with the point of 33.33.33.33 degrees N Parallell at two points.

Mystery Hill is at the top of a triangle of Leylines that has a cutout section (like a cut out in a magic circle) Summers house and Kingsport etc is right in line with the line that would carry on to form the bigger pyramid/triangle if it were not cut out, Summers house is right in the opening and in-line with the line that will be allowing more manifestation of rituals in the entire area.

The bigger area that is in my map from Bermuda to Serpent Mound, shape forms two pyramids on top of each other inverted. As Above So Below. This also starts to form the Sigil of Saturn. Please see my latest work then try your best to see something on my map, I know you will. If I never heard your vision, then none of this exists and since I made this video I have found tons more.

There is a Serpents Head right above Summers House too. I have found Ra in the layout of Tweetsies and another possible bird’s head at one of the alleged search locations.

The sunrise and sunset times on June 15 contain 322 and 666, 33 and 144 (Saturn/Temple reference). I have another 100 talking points on my map. In Google Earth. It was all screenshots, info, web links when needed. Thank you for getting hold of me also. 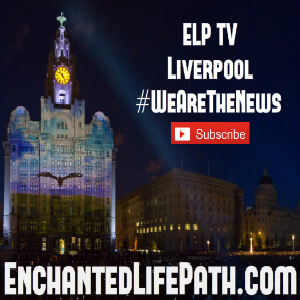