Pre-sale is now live – check your emails and get your tickets for Liverpool + Glasgow quick pic.twitter.com/a5xfklQJJg

Lana Del Rey is set to perform live in Liverpool promoting her new album Lust For Life at the cities Echo Arena on August 22, 2017. After a summer of madness and a number of alleged terror events falling on the 22nd of the month in recent years, it is safe to say we do not want Lana Del Rey here in our city after she recently admitted to using witchcraft when encouraging her twitter supporters to gather strange ingredients as part of a ritual aimed at Donald Trump earlier this year. The Illuminati witch said in an interview with NME she attempted to place a hex on US President Donald Trump to get rid of him as the elections heated up.

She then spoke with a Liverpool related tone as she praised John Lennon in a form of predictive programming we are all too familiar with when covering major events and rituals carried out on the world stage.

She claimed: “I’m in line with Yoko [Ono]and John [Lennon] and the belief that there’s a power to the vibration of a thought. Your thoughts are very powerful things and they become words, and words become actions, and actions lead to physical charges.”

She added: “I really do believe that words are one of the last forms of magic and I’m a bit of a mystic at heart.” Del Rey, who has visited Liverpool before, stunned onlookers when she attended a match at Anfield in 2013 and was photographed with then club captain Steven Gerrard as well as in the crowd with her handlers (above).

In the interview Lana opened up about working with Sean Lennon on ‘Tomorrow Never Came’, taken from new album ‘Lust for Life’. “I didn’t know [his son] Sean. I got his number from my manager, who called his manager. I kind of was nervous about what he was going to say. I FaceTimed him – he was amazing. He was very excited.

Lana also spoke to Courtney Love in a new interview for Dazed in which she talked about a song from her upcoming album ‘Tomorrow Never Came’ that was written with Sean Ono Lennon and includes the lyric: “I wish we could go back to your country house and put on the radio and listen to our favourite song by Lennon and Yoko”.

“I didn’t want him to think I was asking him because I was name-checking them,” Del Rey explained of the collaboration. “Actually, I had listened to his records over the years and I did think it was his vibe, so I played it for him and he liked it.”

The 26-year-old said after her last visit to the city in 2013: ‘Liverpool are my team but I also support Celtic in Scotland, who are my boyfriend Barrie’s team.’

Lana says she is getting into the (groupie) spirit of the Premiership by enjoying the hot tottie on show, adding: ‘I love watching Luis Suarez play.’ Taking in her debut inside the Merseyside cauldron she said: ‘It’s actually my second time in Liverpool but my first time at Anfield. The people in Liverpool are so friendly and the stadium’s really impressive.’

She told Liverpoolfc.com: ‘I’ve not had the chance to attend a game before but I’ve watched Liverpool on TV before. It’s great to actually come to Anfield.’ Now we move over to the Cryptic Corner for the next part of the article, let’s go.

Lana Del Rey is highly associated with the occult, the occult means hidden, but by the end of this post her occultist ways won’t be so hidden and more people will be alerted to the signs and symbols all around us from one minute to the next.

She is very much a part of the entertainment industry’s array of cultural programming propaganda weapons.

OCCULT SPOTTER TIP: The witch can be seen doing the ‘celebrity must’ all seeing eye whilst holding a cat, this is symbolic of the MK Ultra programming she has been subjected to. Young MK Ultra victims are known as Illuminati Beta Kittens. The term ‘beta kitten’ refers to the ‘kitten programming’  to young females, often celebrities, who serve as mind controlled slaves to members of the satanic elite. Speaking to Complex about ‘F**ked My Way To The Top’, Del Rey says: “It’s commentary, like, ‘I know what you think of me,’ and I’m alluding to that. You know, I have slept with a lot of guys in the industry, but none of them helped me get my record deals. Which is annoying.”

From and including Saturday, 29 July 2017 (Tomorrowland Fire) From and including Monday, 22 May 2017 (Arena Grande Manchester Bomb)
To, but not including Tuesday, 22 August 2017 (Lana Del Rey Liverpool) Or 3 months excluding the end date

Lust for Life is the fifth studio album and fourth major-label record by American singer Lana Del Rey, released on July 21, 2017. The lead single, titled “Love“, was released worldwide on February 18, 2017, and the album title was announced on March 29, 2017, through a trailer on Del Rey’s official Vevo channel on YouTube. The title track, which features Canadian singer The Weeknd, was released on April 19 as the second single.

April 19 the date of the song ‘Weekend’ was released is the first day of the season of sacrifice in preparation for the Beltane Fire Festival on May 1st with emphasis on fire and child sacrifice to the fire god Ba’al. The name Lana is a Gaelic baby name. In Gaelic the meaning of the name Lana is: This name of uncertain origin may be a feminine form of Man, or derived from the Irish Gaelic word for ‘child’.

At age fifteen, she was sent to Kent School by her parents to resolve a budding drinking problem. Her uncle, an admissions officer at the boarding school, secured her financial aid to attend.

The boarding school was Founded in the Episcopal tradition, as were many New England boarding schools, Kent has retained its spiritual affiliation in an era when many other institutions have relinquished theirs. Kent’s diverse student body comes from a variety of religious backgrounds and secular traditions. The entire student body gathers at St. Joseph’s Chapel for three weekly services, which often include a student, faculty, or guest speaker or performance 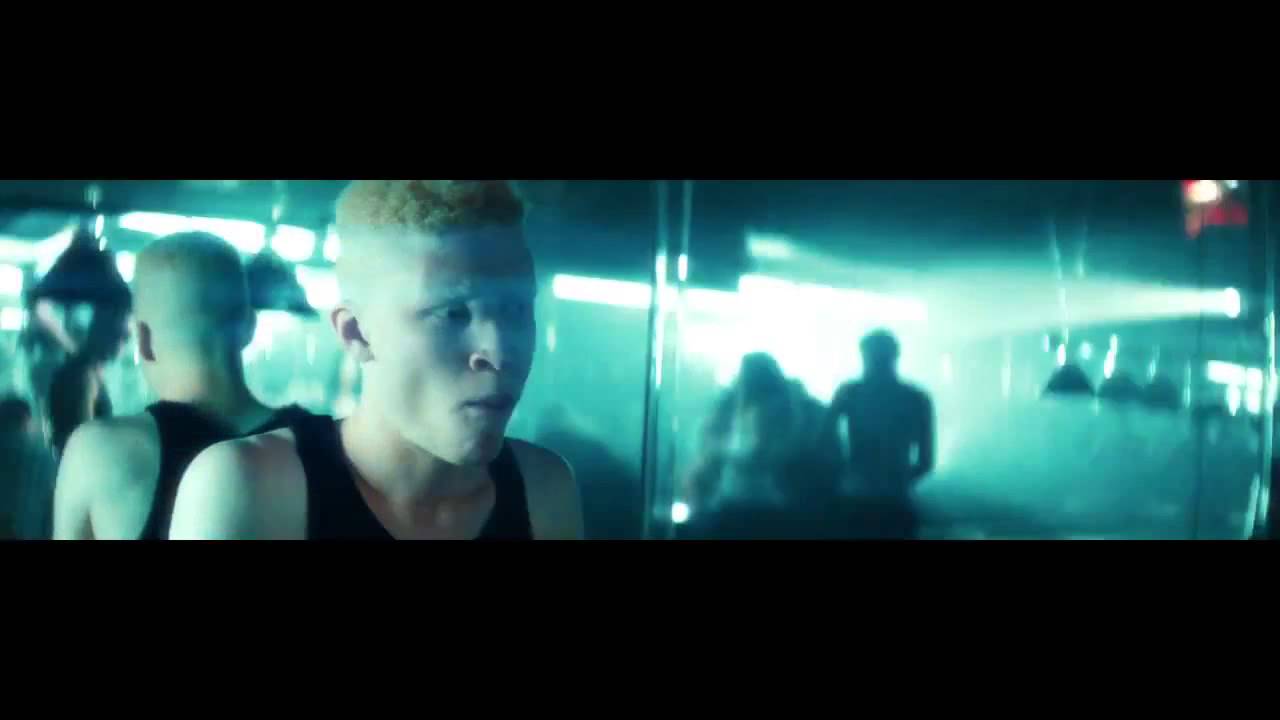 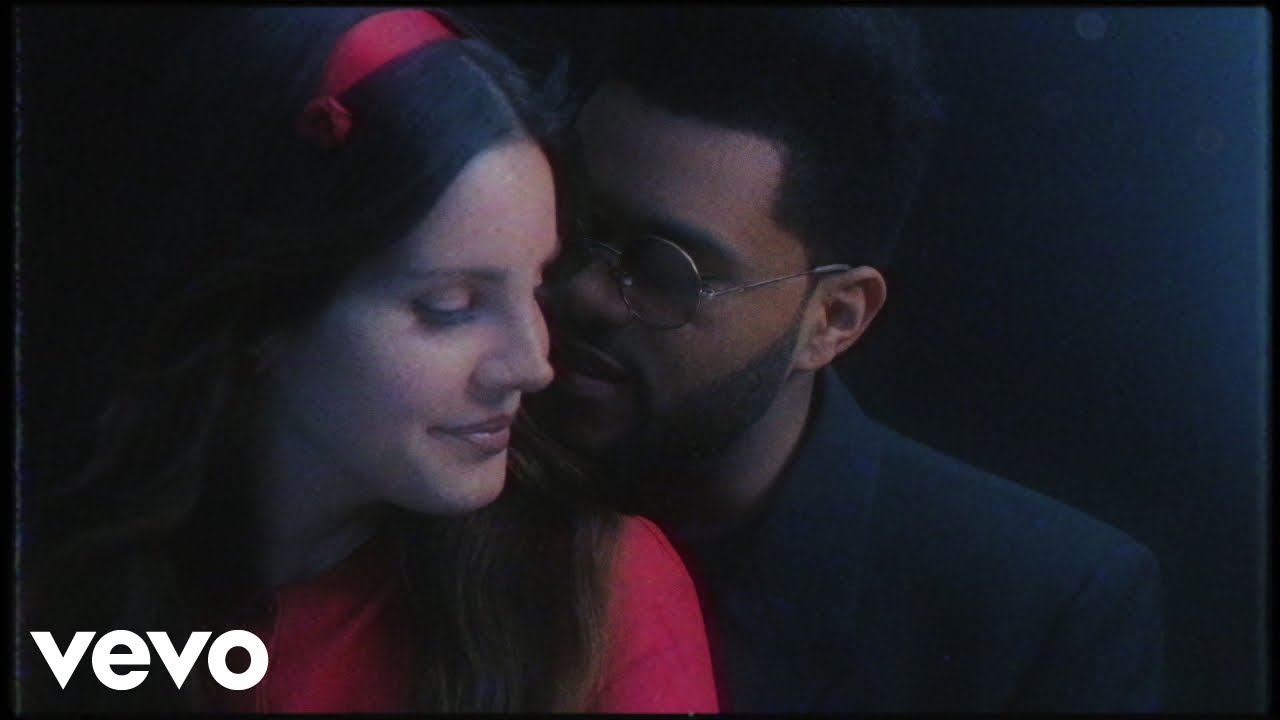 “Lust For Life”
(feat. The Weeknd)

The Babylonians clothed their idols in blue.

The Hindoo god Vishnu was represented as blue. And among the medieval Christians blue was considered a peculiarly important color.

Venus rise and set in Liverpool

Venus can best be seen in the hours just before sunrise. Visibility deteriorates as the sky gets brighter.

Saturn rise and set in Liverpool When we look at Lana Del Rey she is representing The Wh*re of Babylon, which can also be associated to the Statue of Liberty, we have just seen the time Venus the morning star also knows as Lucifer rises adding up to a 7 as does the time Saturn rises also adding up to a 7. The number 7 can be linked to the Wh*re of Babylon as the Statue of Liberty has 7 rays on her crown. Lucifer – Occult Symbolism of the Statue of Liberty

Re 22:16 I Jesus have sent mine angel to testify unto you these things in the churches. I am the root and the offspring of David, and the bright and morning star.

The Seven Rays are said to be seven major types of Light-Substance (spirit/matter) (waves/particles) that compose the created universes. The Seven Rays locally originate within the “Solar Logos,” i.e., the consciousness of the “Divine Being” of the Sun. They have their ultimate origin within the mind of God.  Each of the Seven Rays is believed to be associated with a different kind of occult energy, and a different color.  Their symbol is the rainbow.

The 7 can also be seen as Jacobs ladder, do not forget the seven planets in her video ‘Lust for life’ which RunToChrist mentioned in the version of the video he covered.

Sunday 20 August I woke up to this fire not far from where I live, at first I reported on it as a general fire, then later on in the night I wondered if it was a Satanic message, it was right in line with my bedroom window.

Spotmix factory fire is 74 in Chaldean

Spotmix fire is 64 in Pythagorean

local residents spoke of being woken by a huge bang which is being classed as an industrial unit fire at Hawthorne Rd.

Six fire engines, two using ladder platform assistance were present at the height of the blaze with four still remaining as Merseyside police attended the scene along with contractors from energy suppliers and employees from the plant as they try to figure out the cause of the fire.

A spokesperson from Merseyside fire brigade told Enchanted LifePath Tv “It may be a while before fire crews leave the scene of the fire with the number of fire engines attending set to reduce throughout the day from six to four down to the last one”. The fire is logged as taking place at the old Spotmix cement factory, which is now used to store household waste.

Firefighters have removed panels from the building to access the source of the fire, which appears to be domestic refuse.

Wind speed and direction at the site has changed, now coming from a South Westerly direction. This has generated a large smoke plume which is heading towards Litherland and Switch Island area.

Hawthorne Road has been closed in both directions between Linacre Lane and Aintree Road and is not expected to re-open until tomorrow morning at the earliest.

Liverpool Air Quality levels remain good despite the fire but have dropped slightly throughout the day.

What caused the fire? If you have any information please email Info@EnchantedLifePath.com.

NEXT WE LOOK AT LIVERPOOL