NASA’S Hubble telescope has discovered what may be 3 separate 120-mile-high water vapour plumes coming from cracks in ice crusts above the 62-mile-deep oceans on Jupiter’s moon Europa.

NASA held a Washington DC Teleconference about Hubble telescope searches in 2012 and 2014, on Monday, September, 21st, 2016.

NASA had been looking closely for signs of an atmosphere on one of Jupiter’s largest moons Europa.

Images sent back by Hubble in 2014 raised huge questions about life in our solar system after they appeared to show H20 eruptions way above the surface of the moon which is around the same size as Earth’s moon. 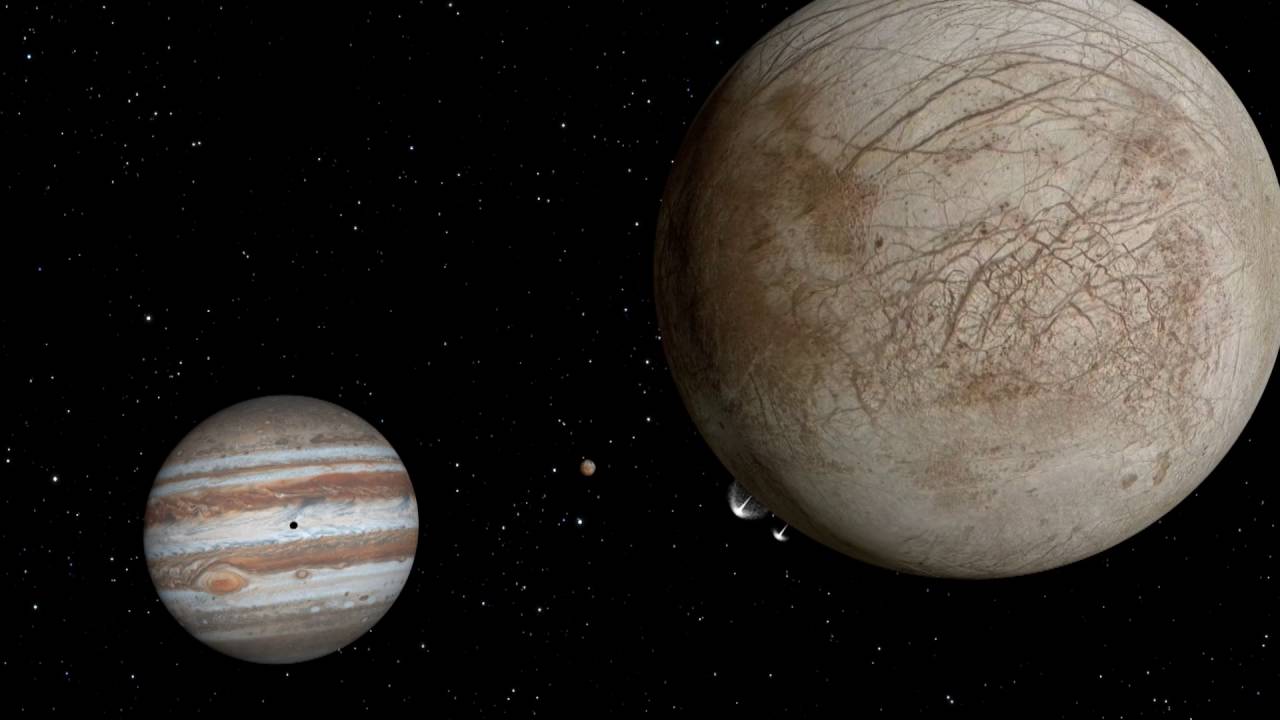 Scientists are not sure if the vapour is water vapour coming from the 60-foot deep ice crusts, which could be melting around Europa, or the 62-mile-deep, salty, oceans beneath the ice on the mysterious body.

Europa’s oceans are posing the biggest questions, boasting the deepest ocean in our entire solar system at 62 miles of deep oceans all around the moon in comparison to the deepest point of Earth’s oceans being just 6.8 miles at the Mariana Trench.

The chances of life on Europa increase if the waters are heated by a fraction, by a rocky core of radioactive elements of volcanic eruptions.

In 2008, Planetary scientist, Richard Greenberg, PHD, University of Arizona, said in his book, unmasking Europa, the search for life on Jupiter’s ocean moon: “There is strong evidence the oceans below are connected to the ice through cracks and melting at various times and places.

“That big ocean could extend through the ice up to the surface where there is access to oxidants, organic compounds and light.

Richard was hinting that any life in the oceans of Europa could be swimming creatures of vast sizes.

The best current chances of finding life in our solar system could very well be on Jupiter’s moon Europa.

NASA will be hoping to send a probe through the plumes in order to see what they are made up of.

There would be problems doing this as Jupiter’s high radiation levels would fry any computer technology on board any such probe.

After spending billions in taxpayer’s money a NASA scientist again confirmed: “We still don’t know what we are looking for”.